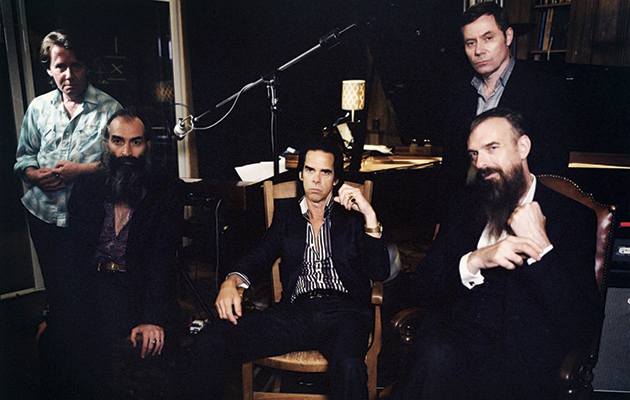 The inside story of working with Nick Cave & The Bad Seeds is told by Warren Ellis in the new issue of Uncut, dated April 2015 and out today (February 24).

Ellis, who has performed with Cave and his collective for over two decades, reveals just how the group operate in the studio, and just what makes their leader tick.

“The thing about Nick is, Nick works,” says Ellis. “He loves to work, he has this incredible drive and a belief in what he’s doing. He’s always challenging himself.

“He’s very encouraging. I remember buying a mandolin – in 2000 or so, before folk music was popular – and he said, ‘What an inspired choice.’ He doesn’t seem to stop. People talk about ‘the drug years’ and so on, but he just works non-stop.

“He won’t let things go: this thing of trying to get things through, not giving up on an idea. There’s things we’ve had for 10 years that we’re trying to get through and probably never will. It’s funny.”

The whole feature can be found in the new issue of Uncut, out now.