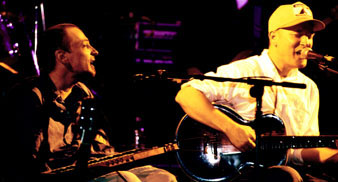 Vic Chesnutt has died of a suspected overdose in his home county of Athens, Georgia, his record label Constellation Records have confirmed.

The songwriter, who was 45, passed away on December 25. The New York Times reports he had been in a coma that was the result of an overdose of muscle relaxers, taken earlier this week.

Chesnutt, who was left in a wheelchair at the age of 18 following a car crash, recently admitted to NPR radio that he had attempted suicide “three of four times” before.

Throwing Muses‘ Kristin Hersh, who was also a long-term collaborator with Chesnutt, stated on Twitter that he appeared to have left a suicide note before slipping into the coma.

REM‘s Stipe, who produced two albums by Chesnutt, paid tribute to him in a radio interview with NPR.

A further post from Stipe on REMhq.com said simply: “We have lost one of our great ones.”

Chesnutt is survived by his wife, Tina Whatley Chesnutt; a sister, Lorinda Crane; and nine nieces and nephews. A memorial is taking place today (December 27) in Athens.

Hersh has also has set up a donation account to help Chesnutt‘s family, at Kristinhersh.cashmusic.org.