US Folk Legend To Get UK Parliamentary Honour 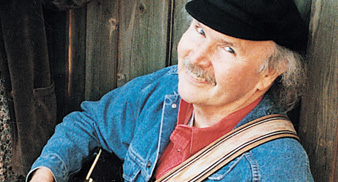 US folk legend, Tom Paxton will be honoured with an official Parliamentary tribute when he starts his UK tour at the end of the week.

Paxton will be visiting the House of Commons on January 22, where his fans include former Labour Party leader Lord Kinnock and current Home Secretary John Reid.

The visit to Parliament will take place prior to his show at the nearby Queen Elizabeth Hall. He will be received by a number of his fans in the House of Commons, as well as by many of his friends invited from the folk world.

The man behind this warm acknowledgement is Alan Keen, MP for Feltham and Heston, who explained: “Tom has quite a number of fans in Parliament who are not just listeners, but who can also play and sing many of his best known songs.”

Alan Keen further emphasis the contribution that Paxton has made to popularise folk music, saying, “Tom Paxton has contributed so much to the world of contemporary folk song. His songs of protest against segregation in the southern states of the US in the sixties, apartheid in South Africa, the wars in Vietnam and Iraq through to the ethnic cleansing in the Balkans in the 90’s. It was impossible not to be seriously moved by his recent tribute to New York City’s fire fighters for their sacrifices following 9/11.”

Paxton’s UK tour starts this Saturday, and will play the following venues, some tickets are still available for the MP’s favourite: