“Dearly beloved, we have gathered here today…” for an essential new magazine! 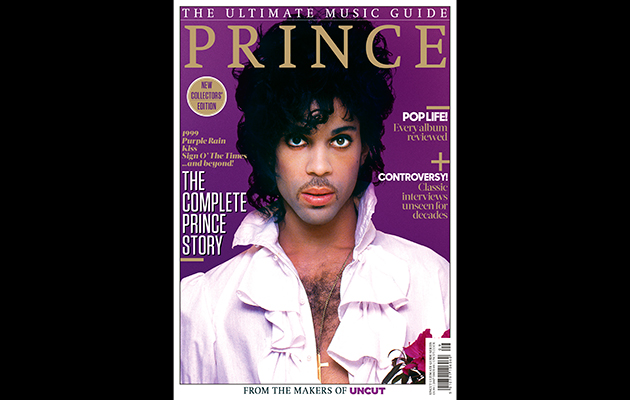 June 1981, and Prince is introduced to the British music press for the first time. A “subdued, low-key character”, he tells the NME’s Chris Salewicz about how his management and record company thought he’d lost his mind when he played them Dirty Mind for the first time. “Once I told them that this was the way it was,” he says with a quiet intransigence that will soon become legendary, “then they rtyknew they had no choice. They’d have to try it, because they weren’t going to get another record out of me otherwise.”

In the same Manhattan hotel room, the Melody Maker’s Steve Sutherland hears a similar story. But then, as Prince is regretfully discussing how “my attitude’s so sexual that it overshadows anything else”, the fledgling artist suddenly changes tack. “I’m gonna stop this soon,” he announces to Sutherland. “I don’t expect to make many more records, for the simple reason that I wanna see my life change. I wanna be there when it changes. I don’t wanna just be doing what’s expected of me. I just wanna live…until it’s time to die…”

Over the next 35 years, through a sequence of roughly 36 more albums, Prince rarely did what was expected of him. It was an aesthetic strategy that would often infuriate his record label, but one that would prove irresistible to millions. For all his quixotic whims, Prince knew best.

In the latest edition of Uncut’s Ultimate Music Guides (on sale in the UK this Thursday, though you can order Prince: The Ultimate Music Guide from our online shop now), we examine in depth every one of those Prince albums: not just the garlanded run of ‘80s classics, but the fraught ‘90s missals of The Artist Formerly Known As Prince, and the strange, often-neglected labyrinth that constitutes his 21st century catalogue. Along the way, we uncover hidden masterpieces and look at the most familiar songs in a new light. We hear of concerts that left critics weeping with joy. And we dig deep into the archives to find more revelatory interviews with this most complex and enigmatic of latterday superstars.

It is 1995 and, somewhere deep in the bowels of the old Wembley Stadium, the NME’s Andy Richardson is audacious enough to ask of Prince a question that may well have occurred to even his most faithful fans. “Does it worry you,” Richardson enquires, “that people think you’re mad?”

Prince, to his credit, finds the whole idea hilarious. “No,” he laughs, crumpling into the sofa in a heap. “I don’t care. If people think I’m insane, fine. I want people to think I’m insane. But I’m in control.”

The Ultimate Music Guide: Prince tells the complete story of how that monomaniacal desire for control resulted in one of the wildest and richest music legacies in history. Take us with U!

(Quick note here: unfortunately a couple of reviews were miscredited in the Prince Ultimate Music Guide. The correct author of the Batman essay was Stephen Deusner, while Sam Sodomsky wrote the Graffiti Bridge piece. Apologies to everyone, not least both excellent writers, for the confusion.)