Over 300 intimate pictures of John and Yoko 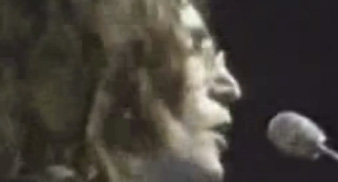 Unpublished photographs of John Lennon and Yoko Ono and a miniature motorbike used by the legendary Beatle are to be auctioned at Bonhams Auctioneers on Thursday (June 12).

The archive, taken by photographer Luiz Garrido in 1969, show John and Yoko in the first few months of their marriage captured in 45 colour transparencies and over 300 negatives.

Garrido met them at the Plaza Athenee Hotel in Paris, while they were on their honeymoon. He was invited to Amsterdam to document the ‘Bed-in’ protest and followed them to London a few weeks later, where he captured Lennon at the Trident Studios during the mixing of ‘Give Peace A Chance’.

The red Honda 160Z Monkey Bike, which is expected to fetch between £6000 and £8000, was bought by the former Beatle as an easy way to get around Tittenhurst Park. The lot comes complete with a black and white photograph of Lennon with his small son, Julian taken in 1970