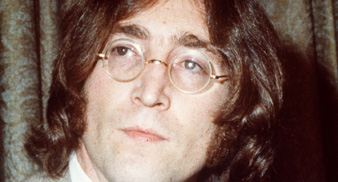 Lyrics written, but unpublished, by Beatle John Lennon are to go on display at the White Feather: The Spirit of Lennon exhibition at the Beatles Story museum in Liverpool.

Taken from son Julian Lennon‘s private collection, the lyrics are undated but are estimated to have been written 40 years ago.

Julian has also commented that at some point in the future he may try to set some music to his father’s words. He said: “I don’t believe the lyrics have been used anywhere. If the time was right, if it felt right, then I would consider looking at the lyrics and maybe trying to work with them and write something. But obviously only in honour of Dad. I guess in some respect it would be like coming home.”

Beatles Story curator Ann Darby has also spoken: “When the lyrics came up for auction over ten years ago, the auctioneers Sotheby’s estimated they were written in 1966. This seems to be based on the fact that some of the lyrics are written on a note sent to George Harrison by some Japanese fans. The Beatles played in Japan that year but this could of course be a coincidence.”