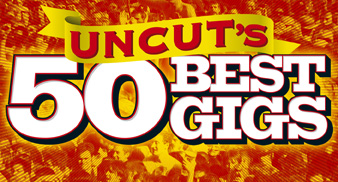 As we touched down in Rio, I watched as Wham! (reformed) and Bananarama japed around with the giddy comfort that accompanies large parties of friends flying first class. The Mondays were going World Scumbag Class and, if their drug-fuelled reputation wasn’t bad enough, the evening paper had announced the band were bringing in 10,000 ecstasy pills. Most countries would have banged them up on touchdown, but we were swiftly escorted past the first classers, through a back door, and out onto a bus. No one even looked at our passports.

The next four days were like being on a school trip to heaven with the inmates of Strangeways: we danced with Prince at his private party, where you had to pay to get out, not in, bought hundreds of cheap Lacoste shirts (Shaun alone bought 40), and we visited Ronnie Biggs, where we met Tim O’Toole, who is currently charged with importing the greatest ever haul of cocaine into Europe. Then the band finally got to play their gig, where they were bottom of the bill. That was until someone pointed out their instruments hadn’t shown up.

Anywhere else, they’d have been booted off. Instead they were elevated to play last, after Guns N’Roses and Wham! To 150,000 people. That’s twice the size of Live Aid at Wembley.

By the time the Mondays came on, about 30,000 people started drifting away. Then when they realised they didn’t know any of the bands’ songs, another 20,000 fucked off, while the rest started throwing tied-up plastic bags full of rubbish. The band just sidestepped the missiles as they went through the set. Three songs in, the thunder cracked and the heavens opened. Most stars would have legged it but the Mondays just moved back a foot or so and put their hooded tops up. The crowd loved it, they couldn’t believe a band would do that. I stood on the side of the stage looking out at what looked like an explosion at a council tip, dodging the rubbish bags and dancing to “24 Hour Party People”. It was a little different to the first time I’d seen them, at a pub in Great Portland Street.