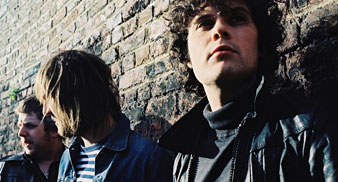 Uncut punky-pop favourites The Fratellis, described in the next issue of the magazine as “the missing link between Supergrass and The Libertines”, have announced a series of headline tour dates to follow their appearance on the NME Rock’n’Roll Riot Tour during October.

The band’s debut, ‘Costello Music’, is currently at Number 2 in the British album charts, only kept off pole position by Uncut’s current Album Of The Month, Ta-Dah by Scissor Sisters.

The Fratellis release another single from the album, ‘Whistle For The Choir’, on November 20.

The dates for the gigs are as follows, tickets on sale now:

For ticket availability go to www.nme.com/gigs