Ultravox 80s Line Up Back Together For Reunion Tour 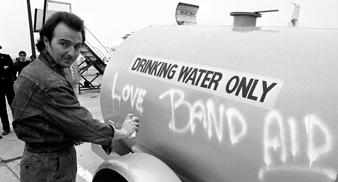 This 14 date tour will be the first time the original 80s members will perform together, since performing at the first Live Aid in 1985. Singer Midge Ure (pictured above) co-wrote the Band Aid single with Bob Geldof.

Ultravox originally split in 1988, before Currie reformed the group in ’92 without any of the original members, and recorded two albums.

This, second reformation is being called the ‘Return To Eden’ and the announcement coincides with two Chrysalis era remastered reissues; Vienna and Rage In Eden.

Tickets for the Return To Eden Ultravox live shows go on sale tomorrow (November 11) morning at 9am to Live Nation members and will be available to the public on Wednesday (November 12).