Sometimes great songs fall by the wayside, for whatever reason, and over the past year or so it’s felt that Hiss Golden Messenger’s “Brother, Do You Know the Road?” might unfortunately be one of those. 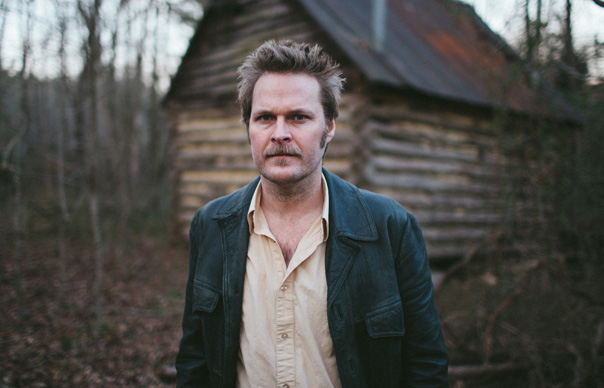 Sometimes great songs fall by the wayside, for whatever reason, and over the past year or so it’s felt that Hiss Golden Messenger’s “Brother, Do You Know the Road?” might unfortunately be one of those.

Hiss’ MC Taylor refers to “Brother…” as “something of an orphan; it’s never found its way onto any full-length HGM album, although it frequently gets played at full-band performances.” Today, though, I’m honoured to host the premiere of the studio version, which is finally being released as a prelude (though it won’t feature on) Hiss Golden Messenger’s forthcoming album for Merge.

According to Taylor, “’Brother, Do You Know the Road?’ was written quickly and recorded in one take in a house belonging to Joyce and Joel Martin in Oxford, North Carolina. It was green early summer. Lots of insects humming in the mics. There is a refrain in this song that is important to me: ‘And though the storm’s passed over/And the sun is in its place/Oh, it took a long time/And the rain, how I know it.’”

“Brother Do You Know The Road” is a stately, bluesy song with spiritual implications that takes its time to unravel; after a few seconds, you can hear Taylor suggesting, “Keep going,” as Scott Hirsch digs into a particularly satisfying bassline. As it goes along, though, and Phil Cook unfurls great staticky clouds of organ beneath the call-and-response vocals, “Brother…” accumulates a very specific gravity of its own, and you can understand why it’s been an “orphan” for so long. It’s the kind of song that would suck attention away from the ones that surrounded it on an album, that has a profoundly heavy presence.

It’s a tremendous song, too, one of my favourites of the last couple of years. One occasionally half-arsed theory is that most great bands have their “Knockin’ On Heaven’s Door” moment sooner or later. Here’s Hiss Golden Messenger’s…

“Brother, Do You Know the Road?” is available now for purchase digitally on iTunes

A lot to talk about involving the band in the next few months, not least a European solo tour from MC Taylor that kicks off tomorrow in Dublin:

There are some forthcoming full band shows over the summer, too, including the first time Taylor has brought a group – in this case Scott Hirsch, Matt McCaughan (Bon Iver and The Rosebuds), and Tim Bluhm (Nicki Bluhm & The Gramblers, The Mother Hips, Mickey Hart etc) – over to the UK…

In the meantime, for those of you coming fresh to Hiss Golden Messenger, it’s ostensibly the project of MC Taylor (with constant support from Scott Hirsch), a singer-songwriter based in North Carolina. Over the past few years, Taylor has built up an imposing catalogue, refining a rich blend of folk-rock, country and soul into a music that deals with issues of faith, parenthood and mortality in an uncommonly mature and emotionally involving fashion. These records mean a lot to me, and I’ve written a fair bit about many of them. If you’d like to find out more, here are my blogs on:

A blog linking to NYCTaper’s great recording of Hiss at Hopscotch 2012, which opens with “Brother…”

Finally, a couple of auspicious clips. Here’s an early live version of “Brother Do You Know The Road”, performed by Taylor with the Bowerbirds and Christy (Haw River Ballroom, Saxapahaw, North Carolina, 2012)…

And one more from the other week: Taylor hooking up with Megafaun (featuring frequent collaborators Phil and Brad Cook) and Justin Vernon (ie Bon Iver) to jam “Mahogany Dread”, a preview of what might figure on that first Hiss album for Merge, due in the autumn. Enjoy…