It's of his poem 'Seeds On Hard Ground' 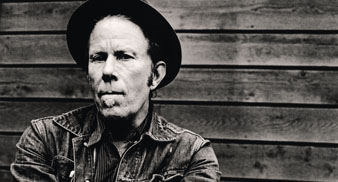 Tom Waits is to release a limited-edition chapbook of his poem Seeds On Hard Ground.

The musician’s poem was inspired by those faced with homelessness in the his region. The chapbook also features images taken by photographer Michael O’Brien.

On February 22 1,000 copies will be put on sale in both Europe and North America, with Waits donating the proceeds to various homelessness-related charities.

Although he has released over 20 albums and appeared in many films, the chapbook will mark the first time Waits has published any literature.

In the past he spoke of his dislike of being labelled as a poet rather than a musician. He remarked in a 1975 interview that he believes “poetry is a very dangerous word”, adding: “I don’t like the stigma that comes with being called a poet.”

Orders can be placed now for the chapbook at Tomwaits.com.