Fresh from the Isle of Wight festival, the band announce 22 dates 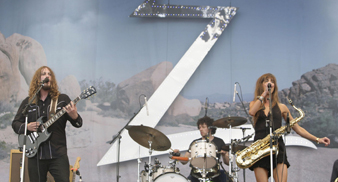 The Zutons have announced a mammoth 22 date tour of the Uk, starting this November.

The band, who recently played seven shows as part of the Forestry Commision’s annual forest tour, will hit the road again this winter, supporting their third Top 10 album ‘You Can Do Anything’ which was released last month.

Tickets for The Zutons go on sale this at 9am on August 8 (this Friday) and the full UK tour dates are: