See which eight albums are up for the annual prize! 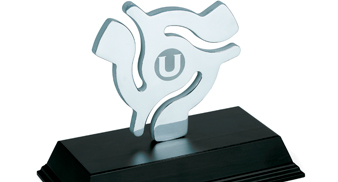 Uncut is excited to reveal which eight artists have made it through to this year’s Uncut Music Award shortlist!

Whittled down from the longlist of 25, Bob Dylan, Tinariwen, Grizzly Bear and Wilco are amongst the eight artists in the running for the prize to reward the “most inspiring and rewarding musical experience” of the past year.

The other contenders are Kings Of Leon, The Low Anthem, Dirty Projectors and Animal Collective.

Allan Jones Uncut’s Editor says of the Award so far: ‘“If there’s one thing at this stage that I think the judges can agree on it’s that 2009 was another brilliant year for music, which of course just makes our job that much harder. It was difficult enough to pick eight albums from our original long-list of 25, and the task now of choosing a winner and runners-up from our short-list is going to be even more daunting.

“Every one of these albums would make a worthy winner of this year’s Uncut Music Award and I am sure the final judging session will be full of passionate debate as the judges put forward their cases for their favourite albums. It promises to be an exciting afternoon and I look forward to hearing the views of the other judges on these exceptional records.”

The inaugural Uncut Music Award was awarded to Fleet Foxes for their self-titled debut album.

What do YOU think of the shortlist? Let us know at the Uncut Music Award dedicated blog!.