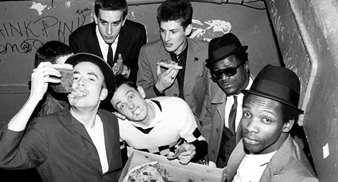 The Specials have confirmed they have reformed the band with all seven original members.

Vocalist, Neville Staple told BBC 6 Music that the band have begun rehearsing and there is a possibility of a UK tour later this year.

“A couple of months ago we [all] started talking,” he said. “We had to talk first to see if we could get on, but we got past the talking stage. Then we said, ‘Okay, let’s see what we’re like in a room together rehearsing with instruments’.”

Lead singer, Terry Hall, said that no dates had been officially set but the band were hoping to be ready to tour in the autumn.

“Well we’re still trying to put dates together, but hopefully September/October time. We need to spend the Summer rehearsing… I think it’s taken me 30 years to realise we could do it really well,” said Hall.

Staples added: “We’re just seeing how it goes. You don’t wanna go out there as some old geriatrics – not me. What we’ve got to do is make sure the music at least is right.”