The National write ‘Castamere’ track for ‘Game Of Thrones’ soundtrack

The National have written a track for medieval fantasy series Game Of Thrones, which you can hear below. 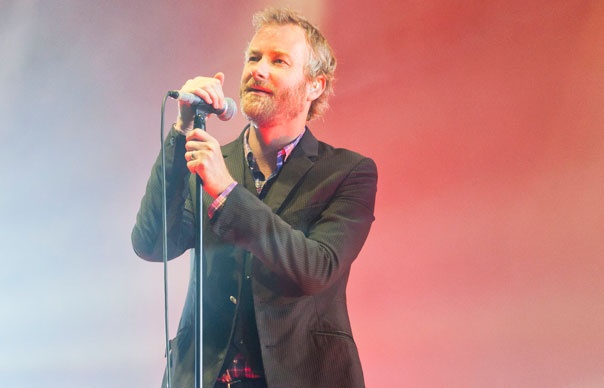 The National have written a track for medieval fantasy series Game Of Thrones, which you can hear below.

The Brooklyn five-piece have recorded the track, titled ‘Castamere’, which will appear on the soundtrack of the second season of the show, which is based on the novels by George R R Martin. It is an interpretation of a song from the first series, originally titled ‘The Rains Of Castamere’.

This is the latest soundtrack recorded by the band. They previously wrote ‘Think You Can Wait’ for indie film ‘Win Win’, which featured guest vocals from Sharon Van Etten, as well as the track ‘Exile Vilify’ for computer game ‘Portal 2’.

Earlier this week it was announced that the band’s frontman Matt Berninger would be narrating a new children’s iPad story app titled ‘Dragon Bush’. The app also features a musical score penned by The National’s Aaron and Bryce Dessner.

“The story has all my favorite things,” Berninger said of the project in a press release. “Waterfalls, magical dragons, and the sound of my own voice.”

The National are curating ATP festival from December 7-9 at Butlins Holiday Cente in Minehead.