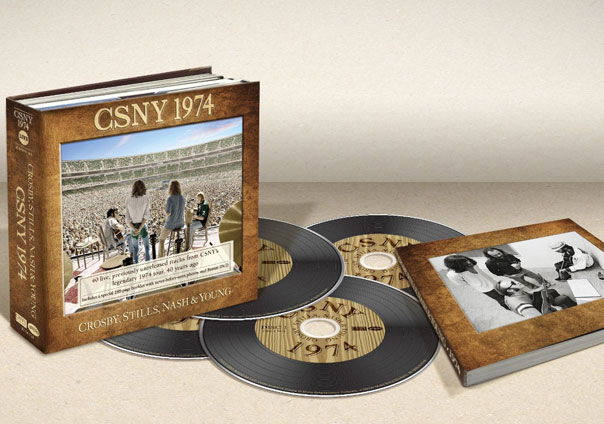 In a new interview on Rolling Stone, Nash said, “This is the most difficult project I’ve ever done in my recording life. That’s largely because of other people’s agendas and trying to please four people at the same time. It only took us a year to actually do the physical work, but it took three or four years to get that work together.”

The 3 CD/DVD set, the Blu-Ray and the box set will also contain a 188-page booklet of previously unseen tour photography. The box set is limited to 1,000 copies and features a coffee table-sized book, a bonus DVD and six 180-gram 12” vinyl records.

Copies can be pre-ordered from the CSNY website from next week [Monday May 28].

The complete track listing for CSNY 1974 is: