The Meteors Bring Their Tour Home

The sound of psychobilly rock to their 25th year 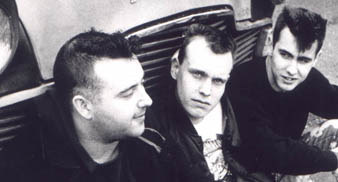 The Meteors are playing a small UK tour starting tomorrow night in Manchester.

Fenech, though, is the only remaining original member, with he current line-up featuring Simon Linden on bass and Wolfgang Hordemann on drums.

The Meteors are also playing a special show celebrating this year’s 30th Anniversary of Punk featuring The Rezillos, The Damned, and The Beat.

You can see The Meteors at the following venues from tomorrow