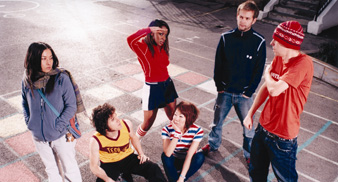 The Go! Team are set to head out on a nationwide jaunt as headliners of the NME Freshers Tour 2007 Supported By Lowlife.

The eleven-date tour, which kicks off in September, will see antipodean rockers Operator Please and The Satin Peaches from Detroit supporting.

The Go! Team release their second album, ‘Proof Of Youth’, on September 10.

Tickets for the NME Freshers Tour 2007 are also available to non-students, and can be purchased from NME.COM/Gigs.