The Flaming Lips Back In The UK 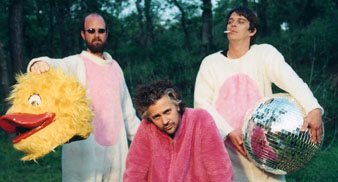 The Flaming Lips release a new EP, “It Overtakes Me”, on November 13.

The EP leads with the title track, a highlight from the album “At War With The Mystics” released earlier this year.

“It Overtakes Me” is backed with three brand new tracks: “Crazy In Tikrit”, “Free Radicals (Albino New Wave Mix No.12)” and “Time Travel.”

“Time Travel” features Steve Burns, the singer/songwriter that The Flaming Lips have previously performed with. They helped out on his debut album, “Songs for Dust Mites.”

As well as the new EP, The Flaming Lips are bringing their colourful live shows back to the UK, after memorable gigs at London’s Albert Hall and the Wireless festival this summer.

The Flaming Lips will return to play the following venues: