Other Voices and Full Circle are due vinyl and CD 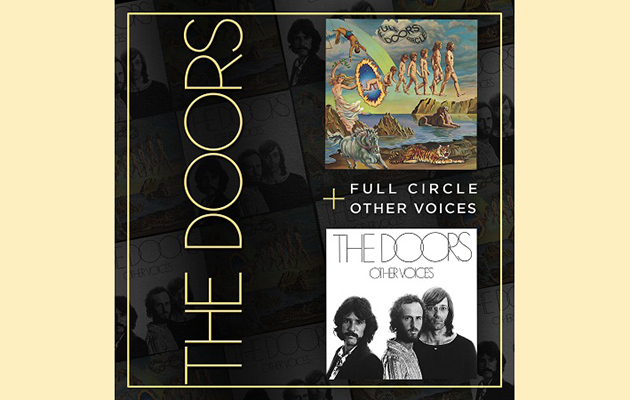 Two Doors albums, released after the death of Jim Morrison, are to be reissued later this year.

Other Voices and Full Circle, the band’s seventh and eighth albums, will be reissued in September by Rhino. These editions feature remastered audio by producer Bruce Botnick, while Full Circle CD is accompanied by bonus track, “Treetrunk“.

The vinyl editions of both albums will be pressed on 180g vinyl and will come with sleevenotes.

The albums will also be paired together for a 2CD set.