After supporting at Babyshambles' NME Awards shows, the boys head out again 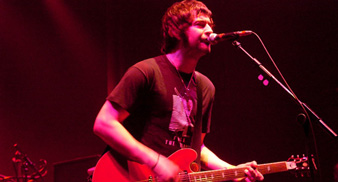 The band fronted by Liam Fray [pictured above], go out on the road from April 9, promoting their Stephen Street-produced debut album ‘St Jude’ which is released on April 7.

The UK tour winds up at London’s Astoria on April 26.

More info and songs are available on the band’s website here:www.myspace.com/thecourteeners.

The Courteeners will play the following venues. Tickets go on sale this Friday (February 15) at 9am.