The admired musician also to appear at the rescehduled Truck Festival 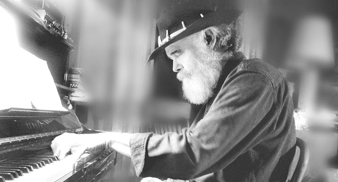 The Band‘s keyboardist Garth Hudson is to appear in London for two intimate shows with his wife Maud next month.

The two gigs at Oxford Street’s 100 Club on September 26 and 27 come a week after The Band member’s appearance at the re-arranged Truck Festival in Oxfordshire.

Originally due to take place in July, the festival was postponed due to bad weather flooding the site.

Also on the festival bill are Brian Jonestown Massacre, Idlewild and Glen Tilbrook.

More details about the Truck Festival are available here.