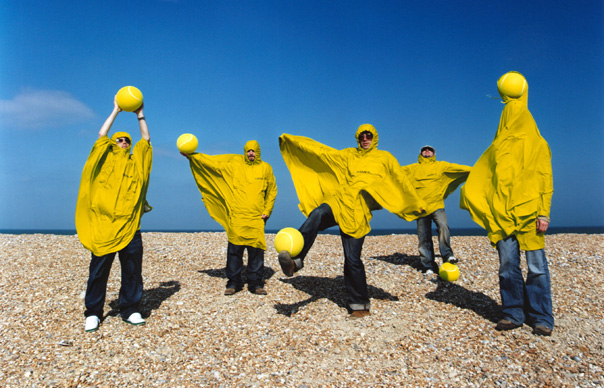 Super Furry Animals have announced they will play five UK gigs in May – their first live shows since December 2009.The group revealed the tour and reissue via a video posted this morning today (February 27) – you can watch it below.

Mwng, their fourth studio album, and so far their only LP to be completely in the Welsh language, is also being reissued on double CD and triple-vinyl to mark the album’s 15th anniversary. The package features five tracks previously released on the US version of ‘Mwng’ under the name ‘Mwng Bach’ (Little Mwng), as well as a John Peel session and a live show recorded at ATP. The album will be released on Domino on May 1.

Super Furry Animals’ last studio album was 2009’s Dark Days/Light Years. In the intervening years, the members have worked on their own projects, with Gruff Rhys releasing albums solo, such as last year’s American Interior, and, with Boom Bip, as Neon Neon.

Speaking exclusively to NME about the reunion shows, Rhys explains: “It will be good just to play and hang out again. We’ll probably be doing a different set every night and songs off all our nine studio albums. We’ll be doing quite a lot of ‘Mwng’ because it’s fun to play, but probably not the whole thing.”