Sufjan Stevens has announced the release of a seasonal boxset, titled Silver & Gold: Songs For Christmas, Vols 6-10. The collection compiles the singer's five Christmas EPs, recorded between 2006 and 2010, and features appearances from the likes of The National's Aaron and Bryce Dessner and Arcade Fire's Richard Reed Parry. 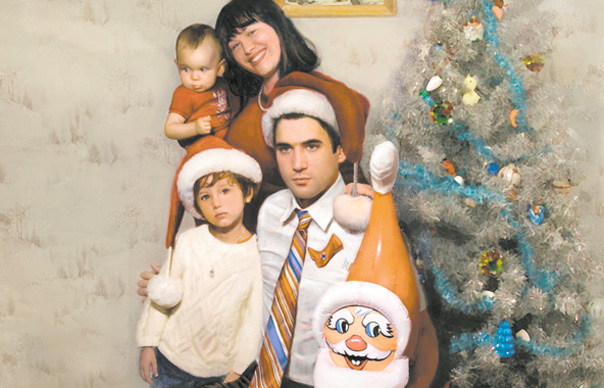 The collection compiles the singer’s five Christmas EPs, recorded between 2006 and 2010, and features appearances from the likes of The National’s Aaron and Bryce Dessner and Arcade Fire’s Richard Reed Parry.

Originally intended as gifts for his family and friends, the collection of songs have been remixed and reassembled for fans in a specially-designed gift box which includes Christmas stickers, temporary tattoos, lyric sheets and chord charts, a paper ornament, an apocalyptic pull-out poster, photos, illustrations and extensive liner-notes.

The boxset, a follow-up to the first five volumes which were released in 2006, features 18 original tracks by the singer as well as covers of holiday classics including “A Holly Jolly Christmas”, “Sleigh Ride” and “I’ll Be Home For Christmas”.

Silver & Gold CD boxset is available on November 13, along with a digital download release the same day, with a vinyl boxset due out later this year or early 2013.