Stranglers Return To Roundhouse After 30 Years

The punks will recreate 1977 to mark the occasion 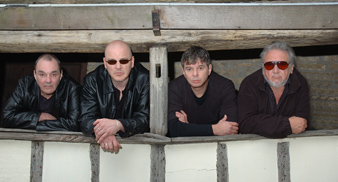 The Stranglers are to return to London’s Roundhouse 30 years since they last played there. The shows are part of a series of headlining shows to take place in November, after a busy summer festival season.

The three shows announced for Glasgow, Manchester and London includes the four-piece’s first appearance at London’s Roundhouse in thirty years.

The Stranglers will mark the occasion by playing the same set list they did on the Original Heroes Tour of 1977, which showcased their debut album and it’s follow-up ‘No More Heroes’.

Support on the night will come from John Cooper Clarke and Andy Dunkley – The Living Jukebox who DJ’ed at the original Roundhouse shows thirty years ago.

The band will also be playing through tracks from their plantinum selling back catalogue as well as their latest studio album ‘Suite XVI.’

The Stranglers will play: