No cause of death confirmed as yet 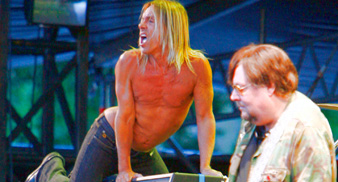 The Stooges guitarist and co-songwriter Ron Asheton has been found dead, reportedly from a heart attack, although cause not yet confirmed, aged 60 today (January 6).

According to detectives speaking to Ann Arbor News, where Asheton was a life long resident, his body was found at home, possibly several days after his death. Autopsy and toxicology reports are pending.

Born in Michigan in 1948, Asheton was founder member of The Stooges, alongside Iggy Pop, and played guitar on the group’s iconic first two albums The Stooges and Fun House.

Although relegated to playing bass only for the third Stooges album Raw Power in 1973 when James Williamson joined the band, Asheton reunited the Stooges with Iggy and Scott Asheton in 2003.

The founding members made their first album together in 34 years, producing 2007’s The Weirdness.

Aside from being a founding Stooge, Asheton most recently played in a supergroup of sorts, The Wylde Rattz, comprising Dinosaur Jr’s J Mascis, Sonic Youth’s Thurston Moore and Mudhoney’s Mark Arm.

Ron also contributed to the soundtrack for Velvet Goldmine.

The Stooges are currently in the running to be inducted in the 2009 Rock and Roll Hall of Fame, the other nine nominations including Metallica and Jeff Beck. This years chosen five will be announced later this month (January).