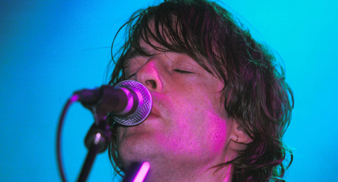 Spiritualized have announced the tracklisting and release date of their new studio album ‘Sweet Heart Sweet Light’, along with adding more dates to their rescheduled UK and Ireland tour.

Speaking about the influences the 10-track album will encompass, frontman J Spaceman – otherwise known as Jason Pierce – namechecked Dennis and Brian Wilson, along with Chuck Berry and jazzman Peter Brötzmann.

Pierce said: “When you make a record, it has to be the single most important thing in your world. This time around, I wanted to do something that encompassed all I love in rock’n’roll music.”

The album, which will be the band’s seventh, was recorded over the past two years at studios in Wales, Los Angeles and Reykjavik.

The tracklisting for ‘Sweet Heart Sweet Light’ is:

Spiritualized have also rescheduled their UK and Ireland tour for the spring, adding dates in Nottingham, Portsmouth and London. They will now play:

To check the availability of [url=http://www.seetickets.com/see/event.asp?artist=Spiritualized&filler1=see&filler3=id1nmestory]Spiritualized tickets[/url] and get all the latest listings, go to [url=http://www.nme.com/gigs]NME.COM/TICKETS[/url] now, or call 0871 230 1094.