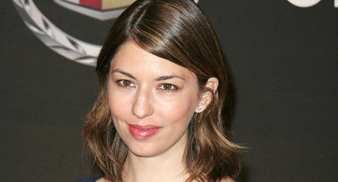 Acclaimed filmmaker Sofia Coppola is to direct her first opera, for The Montpellier Opera House in France.

Coppola, whose film credits include couture costume drama Marie-Antoinette, and the Oscar-nominated Lost in Translation, will also have have her work cut out with lead tenor, the controversial Frenchman Robert Alagna.

Alagna- a frequent performer in the southern French city, and described as “the greatest tenor alive” by Montpellier Opera’s director Rene Koering; is set to star as Chevalier Des Grieux, the lover of the doomed title character.

However, last December, Alagna shocked the opera world when he stormed off the La Scala stage in the middle of a performance after he was booed by members of the audience.

As well as Coppola’s operatic production, Montpellier is planning a citywide celebration of her family’s cultural heritage in July 2008.

The festival curated by Koering will culminate with Francis Ford Coppola Day, during which the city orchestra will play music from the legendary director’s films “The Godfather” and “Apocalypse Now”.

Artwork by Eleanor Coppola, Sofia’s mother, will also be on display at an exhibition at the new Musée Fabre in the city.