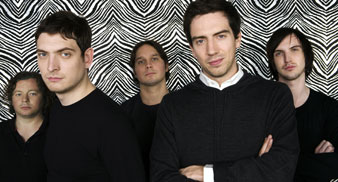 The song, which peaked at number 6, was originally released on July 24, 2006 – but due to different chart regulations then, the song was omitted from the charts for ten weeks – when a physical CD version of the single was not available alongside it’s download version.

When chart regulations changed on January 7 this year, Chasing Cars re-entered the official charts at number 9 and has now clocked up sales of 335,523 – making it the 108th biggest seller this Century.

The longevity of the single in the charts means it joins a small club of hallowed songs that have achieved this status – the other four being Frank Sinatra‘s ‘My Way’ (122 weeks), Judy Collin’s ‘Amazing Grace (67), Engelbert Humperdinck’s ‘Release Me’ and ‘Stranger On The Shore by Acker Bilk (55).

‘Chasing Cars’ is currently at number 56 in this week’s UK singles chart.