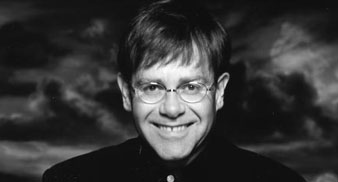 Elton John has criticized organised religion for promoting homophobia in an interview about gay issues with Scissor Sisters front man Jake Shears in a Sunday newspaper.

The singer said that “organised religious bodies don’t seem to work” and that he would “ban religion completely” if he had the power.

He went on say, “Religion has always tried to turn hatred towards gay people. It turns people into hateful lemmings and it is not really compassionate.”

Although the singer has caused controversy on numerous occasions in the past, this new interview seems to have caused a spark again.

The interview published yesterday has been picked by mainstream TV news programmes across the board, and there are even numerous phone-ins happening today to see if the British public agree with Elton John’s comments.

In 2000, he hit out at the “ignorance” of the Roman Catholic church when a priest said homosexuals were engaged in “a lifestyle that can never respond to the deepest longings of the human heart”.

Aside from the comments about religion promoting hatred, the singer praises Britain for it’s apparent openness about sexuality in music.

He says, “Music is now the one artform people [feel] comfortable coming out, especially in Britain – not so much in America; you lead the way there.”

He singles out Anthony and the Johnsons, Scissor Sisters and Rufus Wainwright as “fabulous” for coming out and for making “fabulous music.”