Simply Red Not Over Yet 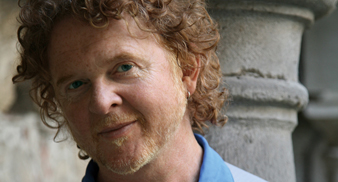 Simply Red have confirmed that their new single “So Not Over You” from their forthcoming LP – “Stay” will be released on March 5.

Mick Hucknall and co previewed the album to eager fans at Ronnie Scotts jazz club last month to much acclaim, and as previously reported, are to play a five night residency at London’s Royal Albert Hall in May.

Written and produced by Mick Hucknall, with contributions from Andy Wright – whose previous credits include Natalie Imbruglia and Annie Lennox – the album as well as ten new tracks, also features a cover of the Ronnie Lane classic “Debris.”

The new single “So Not Over You” will be available on two CDs through, distrubuted through the group’s own record label.

The promo video for the single was shot in Cape Town by director Russell Thomas (Maroon 5, Placebo, Kylie Minogue) last month and you can see it by clicking on the following links: