Nirvana, Paul Weller and Oasis are among the artists who have contributed releases to Record Store Day 2014. Paul Weller will release new material on a seven-inch, with the single limited to just 2,500 copies. Meanwhile, Nirvana's 'Pennyroyal Tea' will be released on the same format and Oasis' debut single 'Supersonic' will be re-released on 12-inch. A full list of all of this year's releases can be found on the official Record Store Day website. 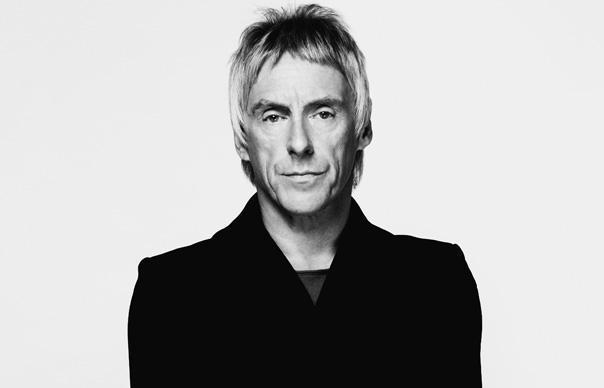 Nirvana, Paul Weller and Oasis are among the artists who have contributed releases to Record Store Day 2014.

Paul Weller will release new material on a seven-inch, with the single limited to just 2,500 copies. Meanwhile, Nirvana’s ‘Pennyroyal Tea’ will be released on the same format and Oasis’ debut single ‘Supersonic’ will be re-released on 12-inch. A full list of all of this year’s releases can be found on the official Record Store Day website.

David Bowie has outlined plans to release a seven-inch picture disc of ‘Rock’N’Roll Suicide’ in the UK. First released as a single in 1974, the new version is backed with ‘Farewell Speech’, recorded at the final Ziggy Stardust concert at London’s Hammersmith Odeon in July, 1973.

Sex Pistols will release a limited-edition numbered seven-inch vinyl boxset which features alternate takes of ‘Never Mind The Bollocks’ tracks, plus two 1977 studio mixes of ‘Belsen Was A Gas’, including a previously unreleased demo version of the song.

‘Live At Silver Platters, Seattle’ is a four-track EP recorded by Jake Bugg at the singer-songwriter’s January 20, 2014 instore show in the US city. It sees Bugg performing acoustic versions of tracks from his debut album and 2013 follow-up ‘Shangri La’, including breakthrough hit ‘Lightning Bolt’.

Meanwhile, LCD Soundsystem’s farewell concert, ‘The Long Goodbye: LCD Soundsystem Live At Madison Square Garden’, will come out as a five-LP set for Record Store Day, with a wider vinyl and digital release set for May 19. The recording will be an unabridged version of the band’s final gig, coming in at almost four hours long.

Suede will put out their single ‘Let Go’ on vinyl for the first time. The track was originally released as a limited-run CD single in Sweden in 1999. The seven-inch will feature ‘Heroin’ as a B-side.

Green Day have announced plans to release 18 demos, including a previously unreleased track from recording sessions from the 2012 ‘¡Uno!’, ‘¡Dos!’ and ‘¡Tré!’ trilogy. The release will be available on coloured vinyl, CD and cassette.

Savages, Drenge and Summer Camp are among the bands set to appear on a charity album released in conjunction with Record Store Day UK and War Child. War Child will be the official charity for this year’s event and, together with XFM, a limited-edition record has been produced featuring the best of DJ John Kennedy’s X-Posure Sessions.

Other big name artists contributing to this year’s event include Damon Albarn, The Beach Boys, Chvrches, Edwyn Collins, Disclosure, Fleetwood Mac, Haim, Joy Division, Kings Of Leon, Metronomy, OutKast, Slipknot and The Rolling Stones, while Temples and Jagwar Ma have teamed up for a split seven-inch.

A number of mystery artists have contributed to the Secret 7″ project in which seven tracks are pressed onto vinyl 100 times before artists are invited to design one-of-a-kind sleeves for the records. The names of the seven artists and musicians will be revealed this Monday (March 24).

Chuck D has been named as the official ambassador of Record Store Day 2014. Speaking about his appointment, he commented: “In this age where industry has threaded the music sound with virtual sight and story I am honoured to be called upon to be Record Store Day Ambassador of 2014. With the masses, neck bent into their smartphones, let all of us music lovers GPS our way into a reality that is the record store. It’s worth a great try, let’s do this.”

Record Store Day was launched in the US seven years ago, coming to the UK a year later.