Send us your questions for Paul Simonon

The Clash and The Good, The Bad & The Queen bassist will field your enquiries in a future issue of Uncut 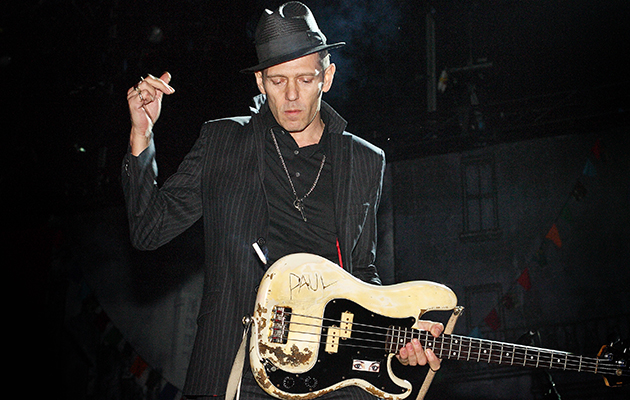 Paul Simonon is a genuine punk icon. Not only did he play bass for The Clash, learning on the job in true DIY fashion, he designed their whole striking visual aesthetic, stencilled shirts and all.

Forging a close bond with Joe Strummer, he stuck with The Clash through 10 years of white riots and combat rock, writing “Guns Of Brixton” and providing one of the defining images of the punk era with his bass-wrecking antics on the cover of London Calling.

But since The Clash disintegrated in 1986, Simonon has spent most of his time as an artist, exhibiting his figurative paintings of Thames landscapes and biker jackets at galleries such as London’s ICA. He made a return to music in 2006, when invited to join Damon Albarn’s supergroup The Good, The Bad & The Queen (alongside Tony Allen and Simon Tong). Now that group have reconvened for a second album, the Brexit-bemoaning Merrie Land – out on Friday – with Simonon again creating the artwork and the stage backdrops for their upcoming UK tour.

So what do you want to ask one of the coolest men in rock (and art)? Send your questions to us at uncutaudiencewith@ti-media.com by Friday (November 16) and the best ones will be published in a future issue of Uncut – along with Paul’s answers, of course.