Send us your questions for Hawkwind’s Dave Brock 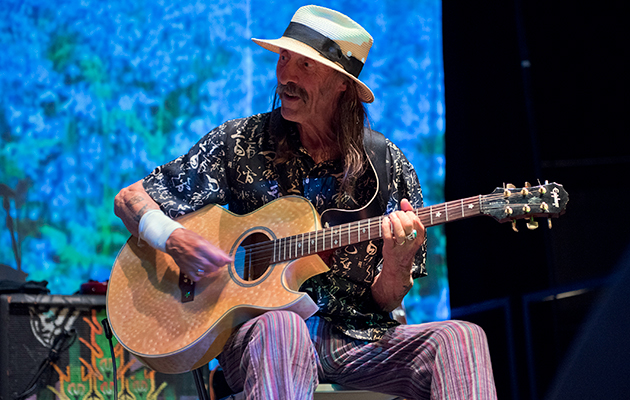 Since co-founding Hawkwind in 1969, Dave Brock has been the band’s only constant member throughout almost half a century of wild times and wilder music. A steady hand on the tiller as gleeful chaos reigned all around, Brock’s 40-plus bandmates over the years have included everyone from Lemmy to Ginger Baker, reggae toasters to naked dancers – even, briefly, Samantha Fox.

As one of the first bands to include synthesizers and sci-fi themes, Hawkwind were pioneers of space-rock. But they were also a seriously heavy proposition, a key influence on punk and numerous other musical subcultures, a mainstay of festivals and free-spirited musical gatherings to this day.

Having released their 30th album, Into The Woods, last year, Hawkwind are currently preparing for an upcoming UK tour on which they will be accompanied by a live orchestra.

So what would you like to ask their indefatigable frontman? You’ve certainly got a rich and varied history to dive into, so don’t be shy.

Send your questions by Wednesday May 16 to uncutaudiencewith@timeinc.com – the best ones, along with Dave’s answers of course, will be published in a future issue of Uncut.