Send us your questions for Gruff Rhys 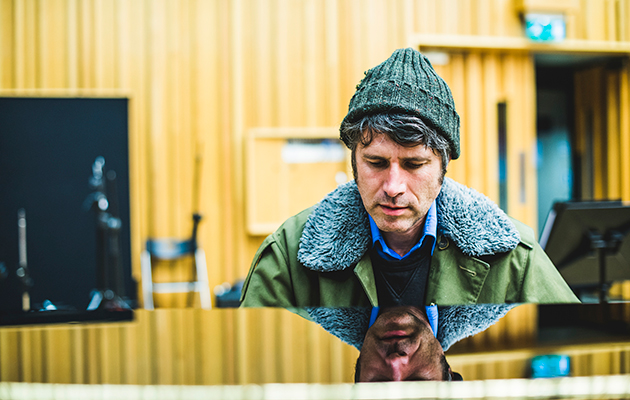 As the leader of Super Furry Animals, one of our most treasured beat combos, Gruff Rhys surely needs no introduction. But here’s a quick one anyway.

Ever since gatecrashing the Britpop party with the longest-titled EP in history, the Super Furries – with Rhys’ whimsical yet cutting lyrics to the fore – have taken on us a fantabulous journey involving unicorns, pink tanks, yetis, Howard Marks, ice hockey hair, steel drums, golden retrievers and integrated metropolitan public transport systems.

Rhys’s solo albums have been no less remarkable, with each envisioned as a kind of adventure or challenge, whether that’s building a mini hotel out of complimentary shampoo bottles or travelling across America with a puppet of an 18th century Welsh explorer. His latest, Babelsberg, finds him working with a full symphony orchestra for the first time. Uncut called it “warm and weird, but suddenly no stranger than the world around it.”

So what would you like to ask of the composer of such indelible anthems as “The Man Don’t Give A Fuck”, “God! Show Me Magic”, “I Told Her On Alderaan” and pro-Remain campaign song “I Love EU”?

Send your questions by Wednesday June 27 to uncutaudiencewith@ti-media.com – the best ones, along with Gruff’s answers of course, will be published in a future issue of Uncut.