Send us your questions for Brittany Howard! 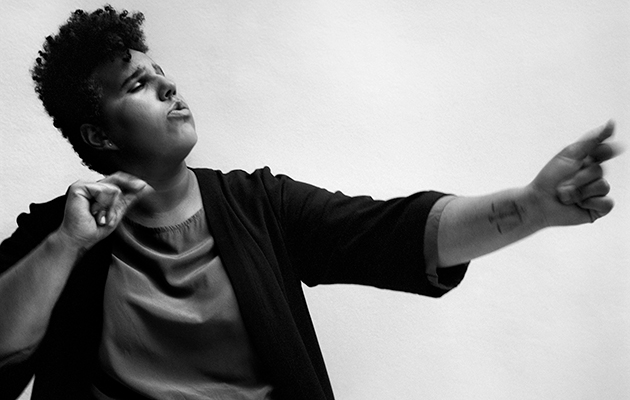 Over the course of two albums and countless shows of declamatory rock’n’soul with Alabama Shakes, Brittany Howard has established herself as one of the most powerful voices in music.

Now she’s taking a sabbatical from the band to release her debut album Jaime, a record that’s more intimate and personal but just as hard-hitting.

Musically influenced by everything from Prince and neo-soul to lo-fi funk, gospel and electronica, Jaime was realised with the help of a crack group of musicians including jazzers Nate Smith and Robert Glasper, and Howard’s Alabama Shakes bandmate Zac Cockrell.

Howard says that she was inspired to write the record by travelling across the USA. “I saw many beautiful things and many heartbreaking things: poverty, loneliness, discouraged people, empty and poor towns. And of course the great swathes of natural, untouched lands. Huge pink mountains, seemingly endless lakes, soaring redwoods and yellow plains that stretch for thousands of acres. There were these long moments of silence in the car when I could sit and reflect. I wondered what it was I wanted for myself next. I suppose all I want is to help others feel a bit better about being. All I can offer are my own stories in hopes of not only being seen and understood, but also to learn to love my own self as if it were an act of resistance.”

To get yourself up to speed, listen to the previously released singles from Jaime: “History Repeats” is here and “Stay High” is here.

So what do you want to ask? Send your questions to audiencewith@uncut.co.uk by Wednesday (July 24) – please note the new email address – and Brittany Howard will answer the best ones in a future issue of Uncut.