Uncut has an exclusive ticket offer for the revered US singer 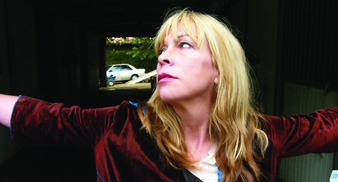 US singer songwriter Rickie Lee Jones is playing Manchester Royal Northern College Of Music this Friday (April 20) and Uncut has an exclusive half price ticket offer for the show.

The two-time Grammy Award winning singer launched herself into the music scene of the 70s alongside Bob Dylan, Joni Mitchell and (one time lover) Tom Waits. From the iconic 1979 hit “Chuck E’s In Love” through to inspired covers and duets including “Making Whoopee with Dr John”, she has earned huge respect amongst her peers and influenced a whole new generation of songwriters.

Jones’ set will feature a mixture of old and new material, including some of the older songs played solo on the piano, followed by most of the new album performed with the band.