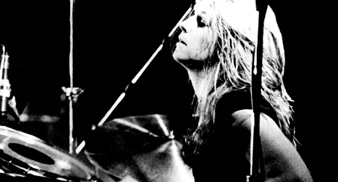 Ex-band-mate Joan Jett made in a statement on The Runaways’ website: “I started The Runaways with Sandy West. We shared the dream of girls playing rock and roll. Sandy was an exuberant and powerful drummer. So underrated, she was the caliber of John Bonham. I am overcome from the loss of my friend. I always told her, we changed the world.”

Their discography includes over 60 albums, singles, bootlegs and punk compilations, and their biggest hit was 1975’s “Cherry Bomb.”

When the group disbanded in 1979, West continued to sing and drum with “The Sandy West Band”. She recorded a collectible EP CD as well as numerous videos, and continued to enjoy the dedication of a cult following.

Runaways vocalist and life-long friend Cherie Currie had this to add: “Sandy West was by far the greatest female drummer in the history of rock and roll. No one could compete or even come close to her.”