Says “too scary” to release, and puts curse on NME 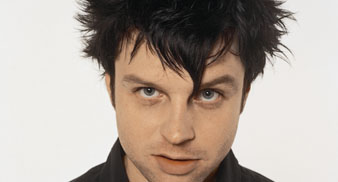 Ryan Adams has contacted Uncut about the new material that has been streaming on his website.

As reported on Friday (13 October 2006), Ryan has been streaming an album titled “You Are The Audience”. Adams has said today that these recordings will only ever be available streamed through Cardinal Radio online, they will never be commercially released.

Adams says of the material “Its just stuff I do in my spare time, under the name “The Shit,” it’s been an ongoing project since I can remember to record some punk stuff when I get bored, ‘cause I like to play music when I’m not busy playing music.”

He also revealed details of another metal side project. He says, “My other metal project is called “Werewolph” but it’s too scary to release as it is so metal and scary that people actually turn to ice when I play it for them. Those few unlucky souls now haunt the offices of the NME instructed by my witchmaster.”

Explaining the history of “The Shit” – He said the band is “me on everything except drums which is sometimes Brad sometimes JT.” He says they have made five albums, named as follows “Is This Shit”, “Hits The Fans,” “General Ulysses S Hospitol,” “HillybillyJoel” (with The Cardinals and called “CardinalShits” and “slef-protrait.”

Adams says he is also working on a whole other new project, he calls it the ‘garageband wars’. He concludes “I have an alternative death metal country band called “Wilcoven”. Its pretty sick.”