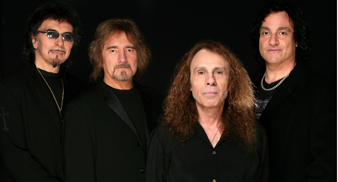 Ronnie James Dio, former vocalist with Black Sabbath and Rainbow, has been diagnosed with stomach cancer.

The American singer, currently fronting Heaven And Hell with Sabbath members Tony Iommi and Geezer Butler as well as his own band Dio, is to “start treatment immediately”, according to his wife and manager, Wendy.

She added: “After he kills this dragon, Ronnie will be back on stage, where he belongs; doing what he loves best, performing for his fans.”

Dio was recruited by Deep Purple’s Ritchie Blackmore in 1975 to form Rainbow. He then left to join Black Sabbath in 1979, following Ozzy Osbourne’s departure. He has fronted his band Dio since 1982.