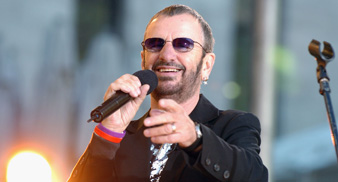 Ringo Starr has filed for a trademark for the name ‘Ringo’ to apply to video game software and downloadable computer games.

The ex-Beatle registered the name next to the “computer game software” and “downloadable computer games via the internet and wireless devices” categories in his application, reports Uk.gamespot.com. This has led to speculation that he’s branching out further into the video and mobile game world.

The drummer has kept tight-lipped about the possible new venture, and has not responded to enquiries for clarification.

Any new move into the industry wouldn’t be his first. In June 2009 [url=http://www.nme.com/news/the-beatles/45034]he and Paul McCartney appeared at Microsoft’s Electronic Entertainment Expo in California to promote ‘The Beatles: Rock Band'[/url].

That game has sold over two million copies worldwide since its launch.