Rare photo of The Beatles walking ‘backwards’ across Abbey Road sold for £16,000

A rare photograph showing The Beatles walking 'backwards' across Abbey Road has sold for £16,000 at auction this afternoon (May 22). 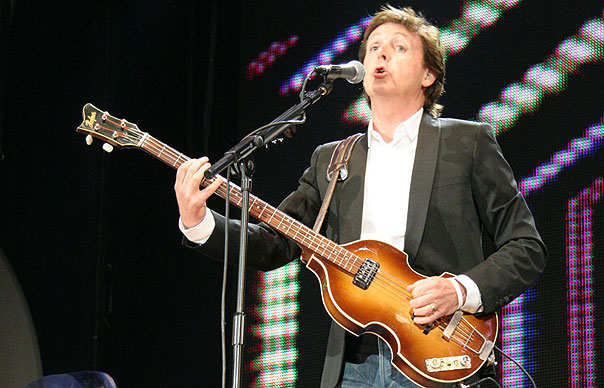 A rare photograph showing The Beatles walking ‘backwards’ across Abbey Road has sold for £16,000 at auction this afternoon (May 22).

The snap, taken by late photographer Iain Macmillan, shows the band walking right to left across the zebra crossing outside the London studio where they made their 1969 album – the opposite direction to the photograph which appears on the album cover.

There are other notable differences, including the fact Paul McCartney is wearing sandals rather than walking with bare feet. The cigarette he’s holding on the album version is also missing.

The photograph was expected to sell for around £9,000, but ended up going for £7,000 more than that after frenzied bidding took place at the Bloomsbury auction house in Central London this afternoon. Initially bidding began at £6,000, but quickly escalated and ended up with a figure of £16,000 in less than one minute.

Beatles artefacts regularly fetch big prices at auctions – last year a document showing how the Fab Four refused to play to segregated crowds was sold for $23,000 (£14,407).