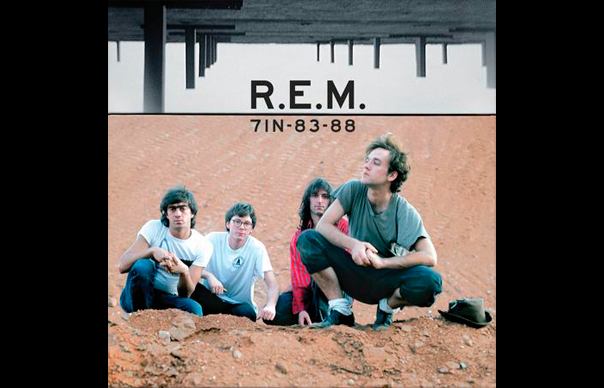 Set due on December 8…

Eleven singles R.E.M. released between 1983 and 1988 with I.R.S. Records have been gathered for 7IN – 83-88, a new boxed collection of vinyl seven-inch singles to be released December 8 by UMC/Capitol.

The singles feature replicated original picture sleeve art and the set includes two U.K. releases making their U.S. vinyl seven-inch debuts: “Finest Worksong” / “Time After Time” (live) and the double-pack single for “Wendell Gee” with “Crazy,” “Ages of You,” and “Burning Down”.

The collection details the band’s relationship with music channel MTV and will encompass a new documentary about the band as well as live performance and interview footage and awards show clips. The six DVDs will be available on November 24.