Matthew Fisher gets credited after 40 years 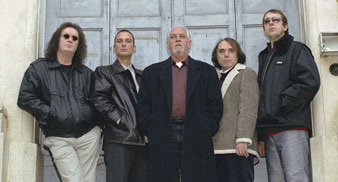 Fisher, a founding member of Procol Harum, played organ on the 1967 hit argued that he wrote the distinctive organ melody. After three weeks in court, Mr Justice Blackburne ruled that Fisher is to be entitled to 40% of the copyright.

Mr Blackburne, who studied both music and law at Cambridge University said, “I find that the organ solo is a distinctive and significant contribution to the overall composition and, quite obviously, the product of skill and labour on the part of the person who created it.”

Fisher’s argued he wanted to be credited with 50% and up to £1 million in backdated payments, but the court decided that lead singer Gary Brooker’s input was more than his on the song, and the payments rejected.

Since “A Whiter Shade Of Pale” was written in the 60s, the song has been credited to Procol Harum founder member and singer Gary Brooker and the group’s lyricist Keith Reid.

Brooker defended his claim to be the sole writer of the tune, saying in a statement, “If Matthew Fisher’s name ends up on my song, then mine can come off! It’s hard to believe that I’ve worked with somebody on and off since 1967 whilst they hid such unspoken resentment.
The singer, who still fronts Procol Harum, will have to pay the majority of the legal fees, estimated to be around £500,000.

Brooker said in conclusion of the court case, “I’m relieved the trial is over, but my faith in British justice is shattered.”
Matthew Fisher reiterated that the legal battle was a matter of principal and not about money, saying, “I think I can assume that from now on I’m not going to be on Gary and Keith’s Christmas card lists but I think that’s a small price to pay for finally securing my rightful place in rock and roll history.”

Gary Brooker has been granted permission to appeal.