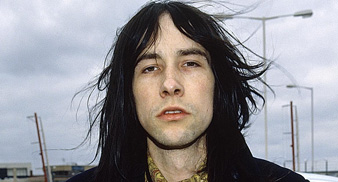 Bobby Gillespie and his bandmates ran through new track “Can’t Get Back” in the midst of a thrilling greatest hits set, which included “Rocks”, “Country Girl” and “Burning Wheel”.

Leaving the stage after “Rocks”, the band returned to perform “Damaged”, with Gillespie saying: “This is for Tony Wilson of Factory Records, who died last week. He was a big inspiration to us.”

Primal Scream then played “Loaded”, before ending with “Movin’ On Up”.

Dave Grohl took to the stage on his own and launched into “Everlong”, as he did at the recent Live Earth concert, before being joined by the rest of the group at the final chorus.

The band then launched into a crowd-pleasing set, featuring fan favourites including “Monkey Wrench” and “Breakout”, before ending with “All My Life”.