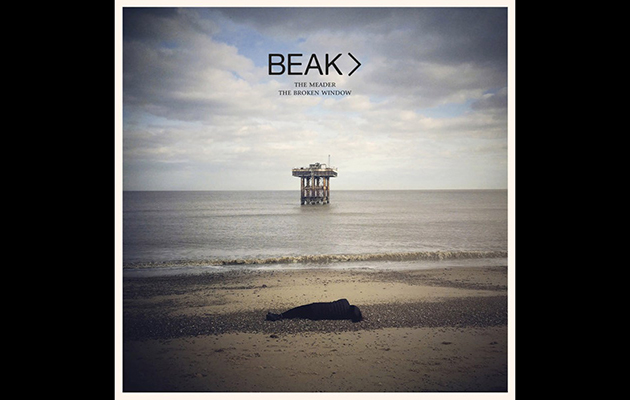 The four-track EP features two songs from Beak> and two from <Kaeb, described as Beak>’s alter-ego” who “have an ever expanding and floating membership.”

It is out now through Barrow’s own Invada label and available to stream and buy via Bandcamp.

You can watch the video below, directed by Tia Salisbury.

Portishead were headlining the festival on the Obelisk stage when Yorke come out to join them for the song, from their album Third.

Yorke and Jonny Greenwood had previously performed an acoustic version of the song on Radiohead‘s Dead Air Space site.

Encore:
The Rip (with Thom Yorke)
Roads
We Carry On

Yorke also played his own solo set later that night. He appeared at the iArena where he played many tracks from his Tomorrow’s Modern Boxes album, including “A Brain in a Bottle,” “Truth Ray” and “Guess Again!” alongside The Eraser‘s “Harrowdown Hill” and “Black Swan” and his Atoms For Peace project’s “Amok”.