The Stone Roses have revealed full details of their Heaton Park reunion shows later this summer, with Primal Scream, Beady Eye and Plan B heading up the support bills on each of the three nights. 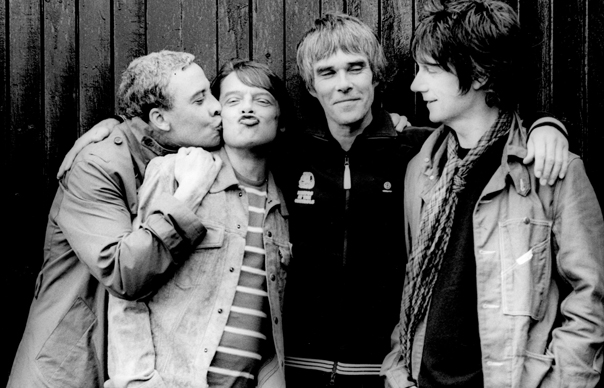 The Stone Roses have revealed full details of their Heaton Park reunion shows later this summer, with Primal Scream, Beady Eye and Plan B heading up the support bills on each of the three nights.

Bob Marley‘s backing group The Wailers will play third on the bill on each of the three nights, as part of a bill The Stone Roses have described as a “mix of the legendary and the new”.

Primal Scream will be joined by The Vaccines and Kid British on the opening night, while Saturday’s bill sees Professor Green and Hollie Cook slated to perform before Beady Eye.

Plan B will play on the closing night after The Justice Tonight Band – which comprises The Clash’s Mick Jones, Pete Wylie and The Farm – and Dirty North. The latter, a dub-influenced band from Manchester district Wythenshawe, were namechecked as a new name to watch by Stone Roses drummer Reni during the band’s reunion press conference in October – scroll down and click below to NME‘s video to watch the action unfold again. The support bills for The Stone Roses’ Heaton Park gigs are as follows:

A number of the band’s fans and peers spoke to NME recently as the excitement builds towards the huge homecoming gigs.

Noel Gallagher said the group will have no problem living up to expectations as “they’re great musicians, with great songs and them coming back is going to be mega”. This was a sentiment shared by The Smiths‘ Johnny Marr who said the band won’t disappoint as “they’re not the sort of band who will ever let their audience down”.

Meanwhile, Happy Mondays‘ Bez said he had spoken to The Stone Roses’ Mani who told him he was ” really buzzing” for the shows. He added: “I haven’t heard any of their new stuff but I’m sure we will very soon. I wouldn’t miss those Heaton Park gigs for the world.”

The Stone Roses will also appear at a number of festivals this summer in addition to the Heaton Park shows, including slots at V Festival, T In The Park, Optimus Alive, Benicassim, Fuji Rock, Tennent’s Vital, NorthSide and Hultsfred.