'Let England Shake' is out in February 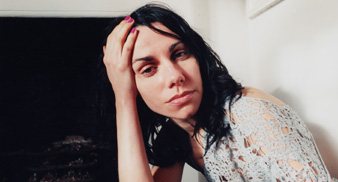 PJ Harvey has named her new album ‘Let England Shake’ and will release it on February 14.

The album, her first full solo release since 2007’s ‘White Chalk’, has been recorded with John Parish, with whom she released last year’s ‘A Woman A Man Walked By’ collaboration album.

“We played most of the music live,” Harvey told Uncut‘s sister-title [url=http://www.nme.com/news/pj-harvey/53941]NME[/url] of the album, part-recorded in a church in Dorset. “I didn’t set down any rules. For some reason, we were all in a very good place, with a lot of energy, intensity and vitality in us at that time. It was a really enjoyable experience, and I think the record’s ended up full of energy and quite an uplifting experience because of it.”

For the full, exclusive interview with PJ Harvey get the new issue of NME magazine. It’s on newsstands across the UK from tomorrow (November 24), or available digitally worldwide now.