'70s behemoths back to teach Muse how prog should be done 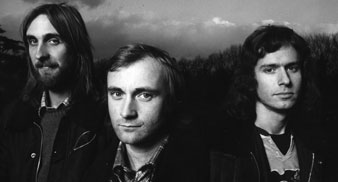 And then there were three – again!

Phil Collins is to re-join Tony Banks and Mike Rutherford in a reformed Genesis.

Collins is to re-join the prog rock giants for an international tour.

The “Turn It On” tour will begin a decade after the singing drummer left the group to pursue a successful solo career.

Collins became lead singer of Genesis when Peter Gabriel, the original front man, left in 1975 to go solo. Collins had previously been the group’s drummer and backing singer.

The group had several immensely successful albums in the late ’70s and ’80s, selling upwards of 150 million longplayers.

Collins’ first album at the helm was 1976’s “A Trick Of The Tail,” a UK top 3 hit that defied cynics who thought the group were doomed after Gabriel’s departure.

Phil Collins’ return to Genesis for an international tour has been speculated about for some time.

He has previously expressed his wish to get Peter Gabriel involved again in a reunion project – with Gabriel once more at the mic and Collins behind the drum riser. Maybe next time…

Meanwhile, the group have called a press conference for November 7. More details about the reunion will be available then.