Peter Perrett’s Only Ones Set For Reunion Tour

The seminal new-wavers are not playing only ATP - phew! 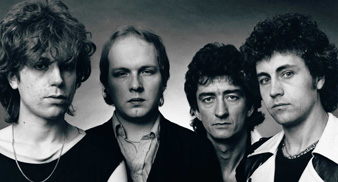 Peter Perrett’s Only Ones are to embark on their first UK tour in twenty years this June.

The recently reunited band will also have their back catalogue expanded, remastered and reissued in celebration of the amazing renewed interest in the band.

SonyBMG are to re-release the eponymous debut “The Only Ones”, “Even Serpents Shine” and “Baby’s Got A Gun.”

They will include previously unissued material, and will be remastered from the original master tapes with the assistance of the band.

Release dates for these reissues are to be announced soon.

As previously announced on uncut.co.uk, the Only Ones will play their first gig on April 27 at Somerset festival All Tomorrow’s Parties.

The long-awaited return of the Only Ones will happen at the following venues:

Tickets for the shows (except festival appearances) are on sale now.